You are at:Home»Older posts»Is Paris up for a night with Mike Sexton? 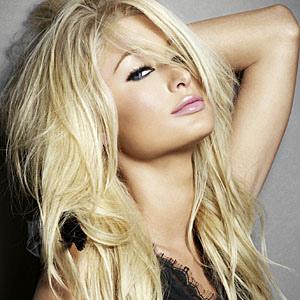 Is Paris up for a night with Mike Sexton?

You might have seen the recent news that Paris Hilton is reported to have had her beloved blue Bentley vandalised with reports suggesting eggs were thrown.

It is not the only problem the heiress has had with her luxury four wheels as back in April 2006 it was suggested the multimillionaire had lost a Bentley Continental GT in a poker game. Back then, partypoker813.com offered her the chance to win her car back and now, more than three years later, we’re repeating the offer. The rules are simple – Paris takes on poker legend Mike Sexton in a heads-up poker tournament for the chance to win a Bentley.

A partypoker813.com spokesman said: “Forget one night in Paris, we’re offering her one night to win a replacement for her car. Fortune may be on her side in many ways but when it comes to Bentleys it certainly doesn’t seem to be the case so we’re confident Mike Sexton would win.

“We challenge her to take us up on the offer. Three years is a long time in showbusiness and we’re sure she’d jump at it now – it is a simple offer for the former Simple Life star. Following the original offer in 2006 the likes of professional poker player Clonie Gowen also made public challenges to the heiress but so far Paris has resisted.

“It is reported that in January this year Paris met Lady Gaga but she didn’t show the pop sensation her poker face. We encourage her to not walk on eggshells and show it to Mike Sexton instead.”

Come on, Paris. A night with Mike Sexton? How can you say no?