You are at:Home»Features»Introducing the Star Studded partypoker Big Bluff

Anyone can learn to play poker, even if they don’t have a clue about the game when they first begin learning the ropes, and we are going to prove that with the help from four British celebrities who are to compete in the Big Bluff.

Over the coming months, these four celebrities will hone their skills with the help of Trumper, partypoker ambassador Carl Froch, and a renowned sport psychologist as they prepare to play a live final table at Grand Prix Poker Tour Brighton where the champion wins £5,000 for their chosen charity.

Fans of the stars have the chance to join the quartet at the final table through various competition run on our social media channels and via the dedicated Big Bluff website.

Group Head of partypoker Tom Waters said: ‘We’re very excited to welcome our celebs to take part in The partypoker Big Bluff. Once they have been through the poker school on partypoker813.com, there are plenty of ways for them to practise their new skills online. They could start with a fast paced game like Sit & Go Hero that is perfect for beginners, before building themselves up to play some of the bigger multi table tournaments that carry the juicy prize pools! This experience, when paired with plenty of advice from our mentors, should be more than enough to prepare our celebs them for The partypoker Big Bluff final!’

About the Big Bluff Celebrities 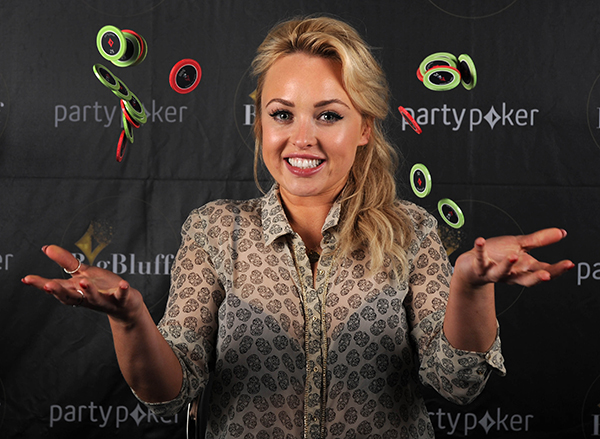 “I’m super excited to be part of partypoker’s Big Bluff campaign. I’ve always wanted to learn how to play poker and I can’t wait to get started. The competition is sure to be intense but I want to win it for the girls. Bring it on!”

Jorgie is best known for her portrayal of Theresa McQueen in the British soap opera Hollyoakes. Born on Christmas day in 1987, Jorgie is now an ambassador for Teenage Cancer Trust and her bubbling character is sure to win over plenty of fans. 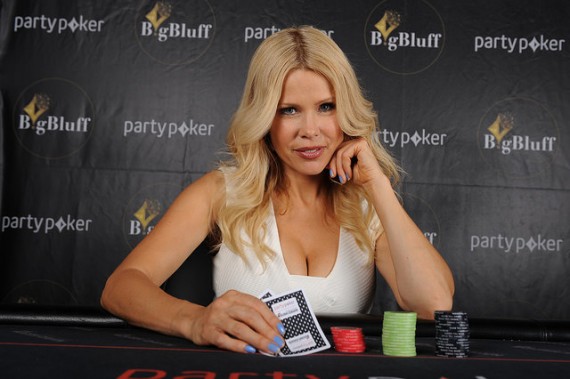 “I’m so excited to have been invited to this competition! I love anything competitive, let’s see if I can find my poker face for the partypoker Big Bluff title! I’m thoroughly looking forward to being in the room with the other guys.”

Melinda was born in Swindon in 1971 and is the mother to three children. Melinda became a household name as a model before moving from modelling to presenting on television, She was also voted the Celebrity Mum of the Year, but don’t let her homeliness fool you, Melinda is going all out to win Big Bluff. 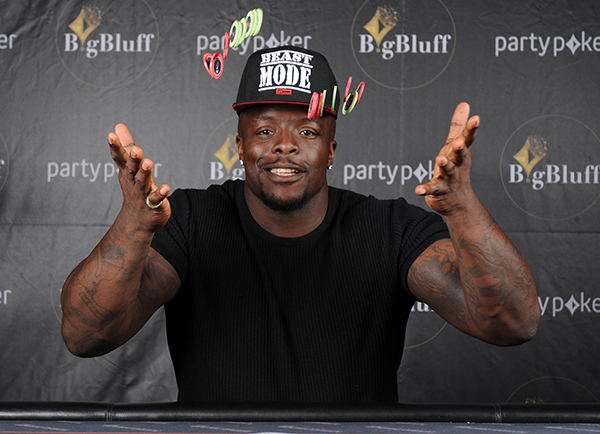 “I absolutely hate losing and this will be no different – I’m a complete novice when it comes to poker but I hope to pick up a few tips quickly so that I’m ready for the final high stakes poker match.”

Best known as “The Beast” due to his massive physique, Adebayo Akinfenwa is a 34-year old striker currently playing his trade for AFC Wimbledon. Akinfenwa, who can bench press 190kg, has played more than 500 professional football games, scoring 170 goals, and his larger than life personality is going to attract hundreds, if not thousands, of fans. 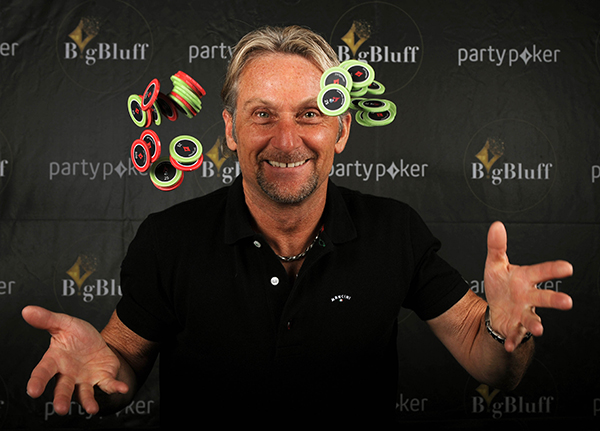 “I have never really been that into card games and think I have only ever played snap before! But if I set my mind to something I usually do pretty well – and I will be using the famous Foggy eyes to psyche out my opponents to try and win that money for the NSPCC.”

Fifty-year-old Carl Fogarty is probably Blackburn’s most famous export thanks to him winning the Superbike World Championship on four occasions, including back-to-back title in 1994-1995 and again in 1998-1999.

“Foggy” won the 2014 I’m a Celebrity…Get Me Out of Here! Where he at three mouthfuls of live mealworms, two fried tarantulas, three live cockroaches, an ostrich anus, and a camel’s penis in the final. Thankfully, he and the others will only be asked to play poker in the Big Bluff.

Keep up to date with all things partypoker!