You are at:Home»Older posts»Henrik Hecklen AKA the first man in the bar tells us to “Play tight and bet big when you have the cards, people bluff anyway” 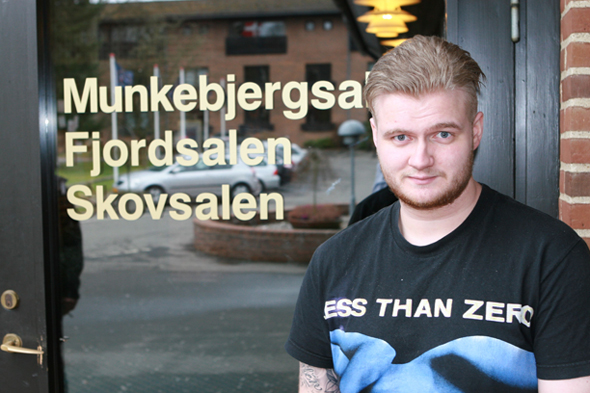 Henrik Hecklen AKA the first man in the bar tells us to “Play tight and bet big when you have the cards, people bluff anyway”

Despite being only 22 years, Henrik Hecklen has played more live tournaments than most of us. And it’s not always worked out the way he’d like them to, hence he’s often been referred to as “the first man in the bar.” Card games have always been a large part of Henriks life. When you come from Hjørring in North Jutland, there are not many alternatives to soccer he tells us. Therefore, the choice of online poker was not a difficult decision for an 18 year old Henrik.

It’s paid its way since then for Henrik, since September 2010, where he took down a £300 side event at the EPT London cashing for £11,400 and he’s cashed in some pretty nice locations like Dublin, Cannes, Gran Canaria, Barcelona, ​​Malmö and Valencia.

You Better Czech Yourself Before You…

It was the Unibet Open which was a real thorn in his side, they of course opened their arms to Henrik on numerous times, and every time he finished outside the money. For his loyal friends and family back home they’d see his regular updates on his Facebook and know his curse was still yet to be broken:  “See you at the bar” it would read. However Prague proved to be the turning point for this Dane where he placed 12th at the Unibet Open Prague, for €5,330.

When asked Henrik views himself more as a cash game player than a tournament one any day:

“I’ve lived on poker since I was 18, so I’ve never needed a “real” job. When I started with poker, I started like many others playing 1/2, 2/4 and 3/6, the cash game has changed so much over the last few years that I just play 1/2 now. It is a level I can handle myself, so there is no reason to challenge fate”

And for Henrik this is not just a random game here and there, his whole day revolves around the game. “I like to get up somewhere between 9 and 11, depending on how late I go to bed. Then I train, which since New Year I’ve done six days a week. I like to relax in the late afternoon before dinner and then I hit the tables, I play between 6 to 10 tables until 1 or 2 in the morning before getting some rest.

Henrik is like many other players who have spent too much time in front of the screen in the night and he’s well aware that you’ll need to exercise and think about what you put into our body.

We asked him if it makes sense to play 1/2, for example can you pay your bills plus buy-ins to live tournaments that he plays, and suddenly economic sense rises to the surface.

“There are not many of them I have paid for myself. All the Unibet Opens I have for example. I think the most expensive I have paid so far was the DM. I’ve played an EMOP, 5-7 side events at EPTs and WPT Vejle plus Malta It’s not because I’m stingy, but I simply cannot bring myself to pay €5,000 to play an EPT when I don’t think I can beat the other players. The level is too high and so for me the money is better spent elsewhere. If I had to I’d buy in somewhere like San Remo or Deauville”

Unlike many others who use the summer to enjoy the sun, beach and travel, Henrik would much rather stay in Denmark.

“I travel so much the other months of the year, which is when it’s gray and cold here. When our summer finally comes, I’d rather be home to enjoy it. Right now I have nothing else on the program than a Unibet Open in Paris, but when we get there, my friends will probably try to convince me to go somewhere else!”

And for those of you at home considering if this is a viable career Henrik gives the following advice:

“If you want to try, commit fully to it. Get a coach, watch videos, get yourself a network, keep up with how the game evolves and be critical of yourself. Look at those hands you play and learn from your mistakes. Put a plan and follow it!”

And for those who just think it’s fun to play just once in a while and do not have big ambitions, but who just want a good advice for cash game:

“Play tight and bet big when you have the cards, people bluff anyway”

Got what it takes?

If you feel liking taking on the best of the best this weekend marks the final chance to qualify for the WPT Vienna Main Event with partypoker813.com. Each prize package for the event which takes place between the 10th – 15th April at the Montesino is worth $7,000 and includes the $4,700 main event buy-in, hotel accommodation for six nights and $900 spending money.

The mix of freerolls, qualifiers and weekly satellites run until Sunday 25th March with the main $375 online satellite with one package guaranteed taking place at 15.20 ET (21.20 CEST). For more information visit our WPT Vienna promotional page.