You are at:Home»Older posts»Hellmuth on his bike, Phil Laak rides in 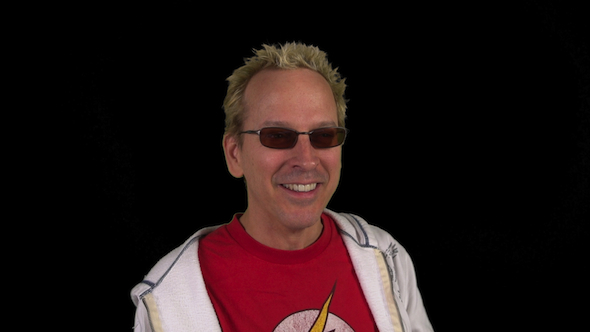 Hellmuth on his bike, Phil Laak rides in

Earlier today Phil Hellmuth told Jesse May that he didn’t realise that he’d been playing the second Group A heat tonight, that match is slated to start at 10pm, although it may be later if the first heat in Group B overruns. He told May that had he realised this he’d probably not have agreed to do commentary on this match.

So, on the dinner break there’s been a bit of a swictheroo in the commentary booth as Phil Laak, who’d stuck around to watch his girlfriend Jennifer Tilly try and win the heat, has taken Hellmuth’s place so he can get some rest before his heat. But, so far he’s been anything but a lucky charm as since the players returned from the dinner break Tilly has lost a couple of medium sized pots and is now the shortest stack of the four players.