You are at:Home»Older posts»Good game, good luck and see you soon 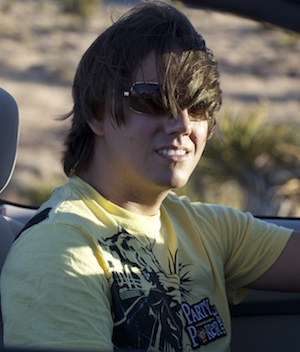 Things started well for me at Aussie Millions 2011. I already visited some tennis matches which is always good for me to see these players.

As former semi-pro player and coach I love to see tennis live. I also had good seats in the 4th row directly behind the baseline which is much better than beside the court. Back to poker.

I got a quite soft table with players who are respecting my plays, so they don’t keep fighting me. I could get a lot of blinds very cheap and no hard action was happening.

Unfortunately the 2 worst players on the table were busted out after about 2 hours. And I did not get any chips from them.

My key hands were mainly nuts which I value check/raised or just bet very big and my image was working pretty well, because I got marginal calls there.

Also as I was bluffing cheap I got the right situations. Then I lost [Ax][Kx] vs [5x][5x] preflop all in against a shorty but won nearly the same amount of chips with

flop all in against another shorty.

Then I was involved in a big hand against Roland de Wolfe (again). We met each other in some other events, of course the Big Game 2008 as I bluffed him with [7x][2x].

and the big blind called. Flop

and I did miss my gutshot flush draw  and trips “draw”.

That would be a big pot with implied odds if I would have hit the straight or [3x]. If I would have hit the flush it would go check / check I think. Even with the [Qx] on the river he decided to not value bet, because he was not expecting me to call a worse hand — I would call with [Ax][Kx] or especially [Ax][2x].