You are at:Home»Older posts»From first to worst, Talal Shakerchi leads first heat of Group B in partypoker813.com Premier League VI 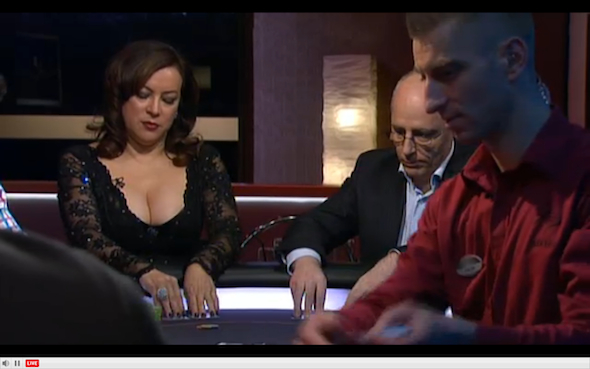 We’ve just seen the first out and out cooler of this heat in the Premier League, “I got cold-decked twice,” said Tony G at its conclusion. Whilst Talal Shakerchi, who was the shortest stack, is now the chip leader.

It was Tony G who opened the action, the Australian making it 11,000 to go with pocket queens, from the small blind Shakerchi, who has been very active, looked down at pocket kings and three-bet to 29,000. “With the way Talal’s been playing, there’s only one way for Tony G to play this isn’t there?” asked Jesse May to Phil Hellmuth.

May was implying that Tony G would be happy to four-bet and call it off and that’s exactly what happened. The Australian raised to 71,000, Shakerchi moved all-in for 166,000 and Tony G called.

“For anyone wanting to see Tony G riled, stay tuned,” said May, but the dealer fanned

and Tony G jumped into the lead. The

turn though saw Shakerchi re-suck and the

The hand drew quite a reaction on twitter too: