You are at:Home»Features»Interviews»From $11 to a $10K MILLIONS Passport: John Holmes’ Story

Imagine turning an $11 investment into a trip to the Caribbean. That’s exactly what partypoker player John Holmes did last week. His story is so brilliant that Team partypoker’s Patrick Leonard has offered to give John some free coaching as he prepares to play in the Caribbean Poker Party Main Event later this year!

The Scotsman took a break from playing poker but recently returned with renewed vigour and decided to play some of the MILLIONS Passport satellites. That turned out to be a great decision on his part.

A Self-Enforced break From the game

“I stopped playing several years ago due to a few things going on in my personal life and with work commitments. I did miss it for a few months, but then I was OK without playing. A few months ago, I thought about returning online due to working away from home and having more time on my hands during the evenings and weekends.”

“I never really enjoyed cash games and my preference is for small tournaments and attempt to get into bigger tournaments. The MILLIONS Passport caught my attention so I thought I’d give it a try. I’m so glad I did!” 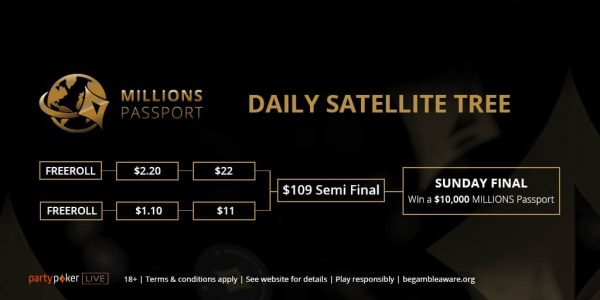 John joined the MILLIONS Passport qualification process at the $11 quarter-final stage. The tournament progressed all the way to heads-up with both John and his opponent qualifying for the $110 Semi-Final.

It was a similar story in the semi-final, the satellite reaching heads-up and both John and his last remaining opponent qualifying for the weekly final. 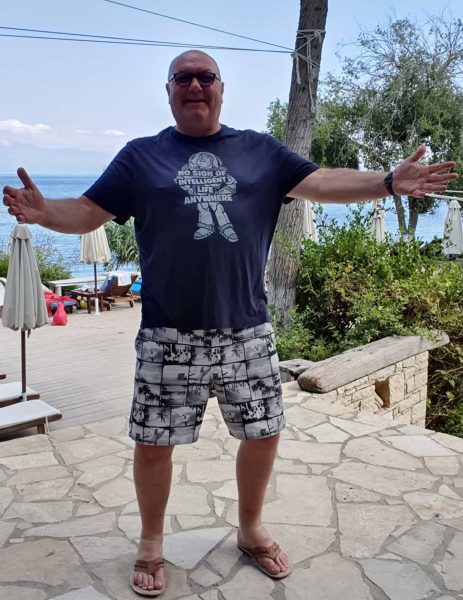 John’s middle-of-the-pack starting position obviously didn’t bother him because he managed to be one of the 10 people who won a $10,000 MILLIONS Passport, exorcising the demons from the previous week.

“Winning felt slightly surreal. I don’t think I quite realised that I had achieved something so big. I also qualified for the final but finished in 18th place and was very disappointed because I played a couple of hands terribly. I thought I’d try again and learn from my mistakes.”

“I was like a little kid, jumping around my flat at 02:00 extremely excited and a a little bit shocked! I hope I didn’t wake my neighbours, hahaha! Thankfully, I was able to call a couple of mates and share a celebratory drink. Maybe having a long break helped me? Got a bit of beginners luck and, thankfully, didn’t lose everything I learned a few years ago.”

Patrick Leonard saw John’s story on social media and made the amazing offer of giving John some coaching before he uses his passport at the Caribbean Poker Party. Is John going to take up Patrick on his offer?

“Absolutely and I’m looking forward to it. It was so kind of Patrick to offer this help to me. Every bit of assistance will help me, hopefully, go deep into the tournament. I’m slightly overwhelmed with all the congratulations I received from members of partypoker. Thank to all of them.”

John’s decided to use his passport at the Caribbean Poker Party so will be jetting off to The Bahamas later this year. It is the biggest tournament of John’s life and something he never thought he’d be able to play in.

“I’m looking forward to the whole big live tournament experience the most. I’ve only ever seen it by watching poker on TV and never imagined that I would be part of it. I did dream about it though, hahaha. I’m taking one of my best mates who also loves playing poker so this will add to the experience. I can’t wait to socialise with lots of experienced poker players, that will be awesome. It’s probably a one in a lifetime experience, but hopefully the first of many. Oh, and the beautiful Caribbean weather is slightly better than up here in Scotland!”

Indeed it is John!

Join John in the Caribbean!

If you enjoyed John’s story, why not check out this one involving Mike Hill who turned $22 into a $10,000 MILLIONS Passport?