You are at:Home»Older posts»Diary and Update – Day Two at the WPT LAPC Main Event 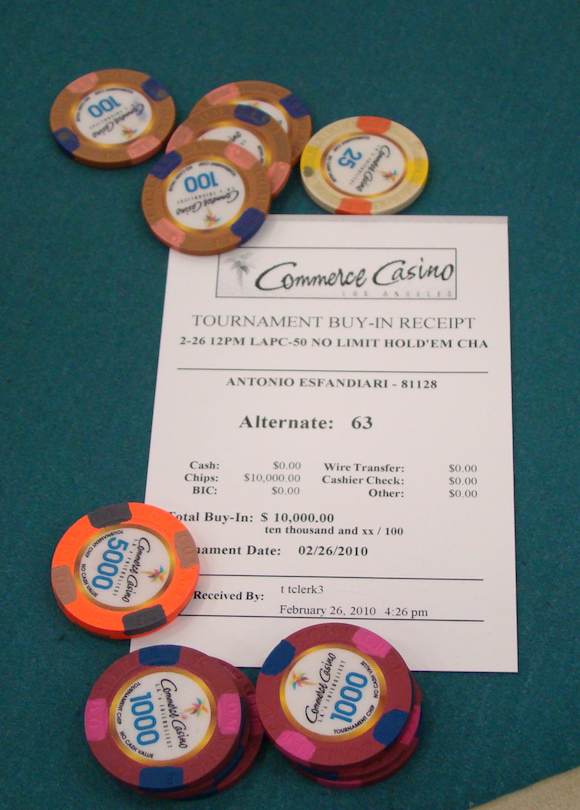 Those who turned up five minutes before registration ended seem to be faring well today as the eliminations come hard and fast. Antonio Esfandiari didn’t even arrive until today, so had his chip stack completely blinded out through day one. Here is what his seat looked like last thing last night:

They don’t call him ‘The Magician’ for nothing – that said if you want to go anywhere in Vegas and you just say you know Antonio and magic happens! Thank you to Steve Hall of PokerGossip.com for the picture.

Why don’t you go to a tanning salon someone said?

After three weeks in casino environments, I am getting a little tired. Why don’t you go to a tanning salon someone said?

Good suggestion but I dont want to end up looking like the below:

As I write the field has whittled down to 288. From tomorrow I am on my own here. As I write this midway through day two we have the following runners still live.

And it has been bike time for: Mykhailo Demydenko, Nicholas Verkaik, Rudger Gravestein and Gavin Greenwood.

Our boys with chips do not speak a word of English 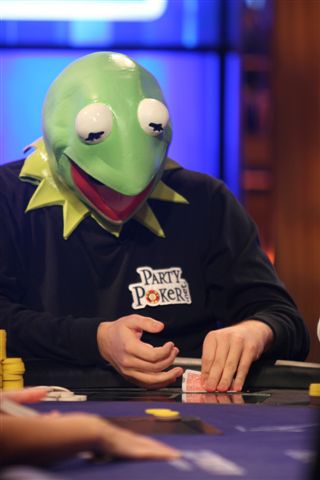 There may be trouble ahead. My learning and development schedule was light on Russian lessons and our boys with chips do not speak a word of English.

Maybe I should call Kermit the Frog, aka Mr Tony G, but I’m sure he wont be helpful as he’ll ‘send them back to Russia.’ Tony, can you help me with some Russian diplomacy? Do you know what the Russian for ‘On Your Bike’ is?

To add to my problems Jeff ‘JaffaCake’ Kimber is still in. A fellow Brit, we go back many years to the days of sports journalism. He found his way from TV and Satellite Week Magazine to becoming a major UK player.

He is from Newcastle in the UK though so I may find him harder to communicate with than our Russian players.