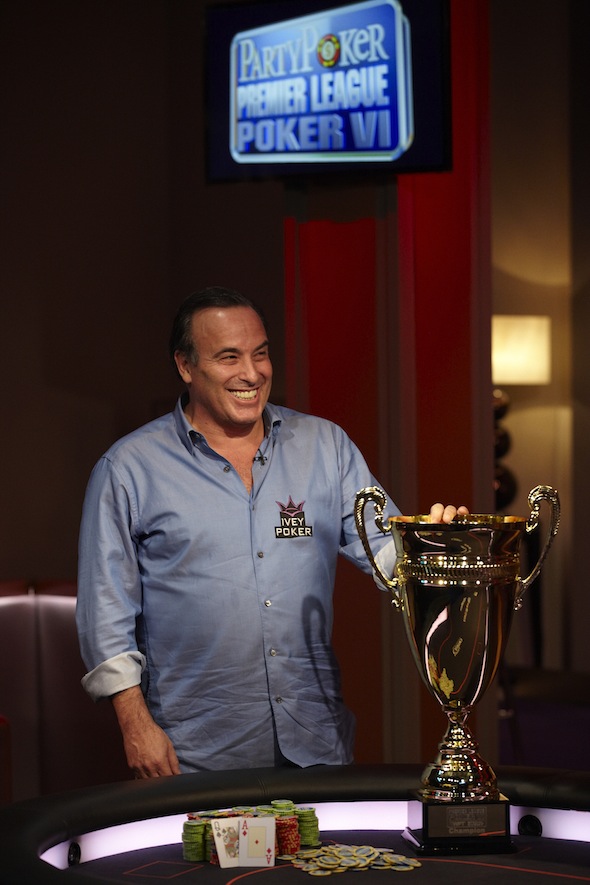 What a final we witnessed here tonight at Aspers Stratford, or via the internet and the 30-minute delayed live stream. Over the course of the final table six of the eight players held the chip lead at various times and It took almost five levels before we lost the first player. That player was Talal Shakerchi he went from first to worst in short order and was out in eighth place.

There then followed a flurry of bust outs as the a lid came off the pressure cooker. Jennifer Tilly, Tobias Reinkermeier and Daniel ‘Jungleman’ Cates busted out during the same level to take us down to four.

Of the final four Jonathan Duhamel was the chip leader, but he would be next out, he doubled up Sam Trickett and then got coolered by Dan Shak. Both had two pair, but Shak’s was bigger and Duhamel was out.

So then there were three, the prospect of another Antonio Esfandiari versus Sam Trickett heads-up match was a possibility but that would be doing Dan Shak a disservice. He would send the Magician to the rail, although he got a little lucky to do so as he spiked an ace on the river to outdraw Antonio’s pocket nines.

board he made a massive overshove of 1,165,000 into a pot of 200,000. He put Trickett in a world of hurt and the Brit tanked for around 10 minutes. “This is the longest I’ve ever taken over any poker decision in my life,” said Trickett. Eventually though he made the call, Shak showed

for the flush and Trickett mucked

That left Trickett with just 78,000 of the near 2,500,000 in play and it was all over next hand. Dan Shak joins Juha Helppi, Andy Black, J.C.Tran, David Benyamine and Scott Seiver on the Premier League winners list. Congratulations Dan.

You can relive all the action by clicking on the links below:

Reinkemeier leads, but pack closes in

Tilly out in seventh

Reinkemeier out in sixth

Jungleman goes out in fifth

Down to final four

Trickett claws his way back into contention

Missed any of the Premier League VI?