Furkan Beg recently won the largest live poker tournament prize of his career when he collected $61,259 in a Super High Roller event at the 2021 Sochi Poker Festival in June. Now he has a chance to blow that sum out of the water because he leads the 2021 partypoker LIVE MILLIONS North Cyprus Main Event where $683,285 awaits the champion.

The chip leader flew under the radar until the final level of Day 2 when he got involved in a monster pot against Bulgaria’s Stoyan Madanzhiev, and then Martynas Vitkauskas in quick succession.

on courtesy of a

board. He then found

when Vitkauskas jammed preflop with

. Obviously, Beg called, and the board ran

to propel Beg to the top of the chip counts. 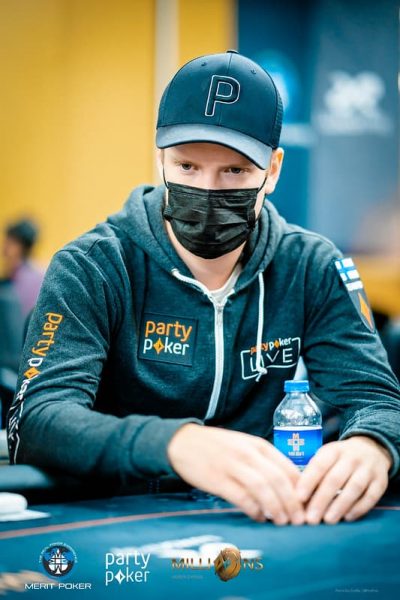 The top 98 finishers win a slice of the price pool with a min-cash weighing in at $9,335. Attempts will be made on Day 3 to reduce the field to the nine-handed final table where the least anyone can win is $68,695. Anyone finishing in seventh or better wins a six-figure prize, with the partypoker MILLIONS North Cyprus Main Event champion scooping a cool $683,285.