You are at:Home»Older posts»A History of the World Series Of Poker: Amarillo Slim – Winner of the Main Event 1972 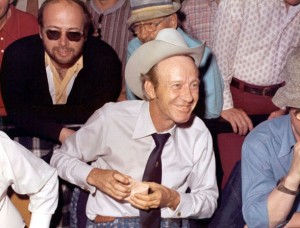 A History of the World Series Of Poker: Amarillo Slim – Winner of the Main Event 1972

Next up in our series of the World Series of Poker Champions we take a quick look at the life of one of pokers more colorful characters that’s right Thomas Austin ‘Amarillo Slim’ Preston, Jr.

He became the 2nd person to win the World Series Of Poker Main Event in 1972, beating Walter “Puggy” Pearson and taking home $80,000 for his troubles.

The event was held again at the infamous Binion’s Horseshoe in downtown Las Vegas which was the very same venue founded by his best friend Benny Binion.

A Real Star On Both The Small And Big Screen

It’s noted that soon after the win, his now celebrity status transcended from the tables to television with guest appearances on shows like Good Morning America, 60 Minutes, and even a cameo in Hollywood Gambling Movies like Robert Altman’s ‘California Split’ alongside the likes of George Segal and Elliot Gould.

What we would call a true rounder back in the day, Amarillo Slim toured the United States seeking out gambling action with future WSOP winners Doyle Brunson and Sailor Roberts. All of this is of course very well documented in the books Brunson’s ‘Super System’ and Slim’s own autobiography.

Amarillo Slim won a total of 4 WSOP bracelets in his time, and it’s claimed that Slim also beat both country legend Willie Nelson at dominoes and Hustler boss Larry Flint in poker, taking home a massive $300,000 and $2 million respectively. Which you have to say was a long way from that 1972 WSOP payday!

Las Vegas is calling, Will You Answer?

We want you to get the most out of your time with us here at PokerPoker that’s why we created the best and in depth poker learning tools, articles and videos available. So get on your A game today and we could see you heading to Vegas this summer!