You are at:Home»Older posts»5 Tips for Freeroll Success 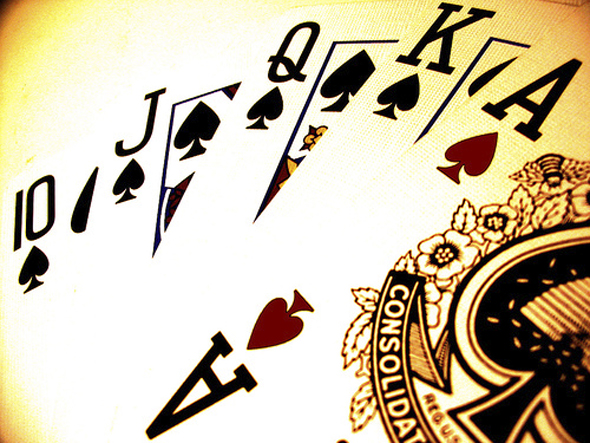 There is no better roll than a poker freeroll. And here to explain a little more via a guest post is our long term poker friend Josef Rantamäki. For those that don’t know a free roll means exactly as it sounds, you risk nothing and can win something. You get a free roll of the dice. In poker there are no dice, but the term is used a couple of ways.

First, this sometimes means being in a situation where you can’t lose (risk nothing) but can win. For example, you and your opponent both have a straight on the turn but you have a flush draw and he doesn’t. You are free rolling the hand. At worst you lose nothing at best you win something.

There are also poker tournaments where you can win real money without buying in. Risk nothing, win something. Got it? Here are some free rules to abide by when it comes to freerolls:

Rule Number 1: Make sure you are freerolling

Sometimes something looks like a freeroll but it’s not. Let’s say you make $100 an hour on your job and hear about a promotion at a restaurant where if you wait in line for an hour you get a free meal for your family. Cost is $30. Looks like a freeroll but it’s not if you are giving up time. If it’s work time and you could earn $100 for that hour you are actually minus $70.

Same is true of poker freerolls. To take an extreme example say you earn $1000 as an hourly rate and you have a chance to win $10 in a freeroll that will take an hour. It’ll actually cost you a lot more money to play.

Rule Number 2: Play every freeroll you can

If you identify the freeroll as one that will actually be a freeroll for you, play it. You are foolish to ever turn down a freeroll. It’s like having an opportunity to play the stock market but not have to pay for it. Why would you turn it down? Pokerblog.com is offering a great $250 Guaranteed Freeroll on Party Poker Sept 13. Why wouldn’t you play it?

There are a few ways you and your opponents will approach a freeroll. No matter what tactic you employ you should change it up from your conventional online poker strategy. The risk and the stakes are different, so too the play. Some of you r opponents will look at a freeroll as an opportunity to gamble it up. They risk nothing and the payouts are usually top heavy so they’ll try and build a chip stack as quickly as possible.

Adjust to them, or gamble it up with them. Whichever you think works best. If the freeroll can help out your bankroll play it closer to a real tournament. If it’s not that big a deal to you maybe play a little more aggressively than normal. Nonetheless, have a plan stick to it, and adapt if your opponents force you to.

Others will sign up for the freeroll and not show up, or not show up until late just like our own Mad Marvin. They hope they can turn a shorter chip stack into something. Know where the dead stacks are and take their money. In short, even if it’s a freeroll still pay attention. Some people are so busy multi-tabling or distracted doing something else they’ll not notice there is only one other active player at their table and concede pot after pot. Don’t be that guy.

Rule Number 5: Know when to change it up

At some point a freeroll becomes just like any other tournament. Loose players and tight players will have survived. Lucky players and good players will be all that’s left. The dead stacks will be gone. Play your best, play your game and go for first. If you started off wild, because it’s a freeroll, and built a stack there comes a time to dial it back. Now you’ve invested time and energy into the event, so it’s better to make sure you have a return on that investment.

So there we have it! Do you have any more tips? Once you’ve got all that sorted make sure to check out our great Tony’s House Promotion!