You are at:Home»Older posts»5 Heated WSOP Hands You Won’t Believe Could Have Happened! 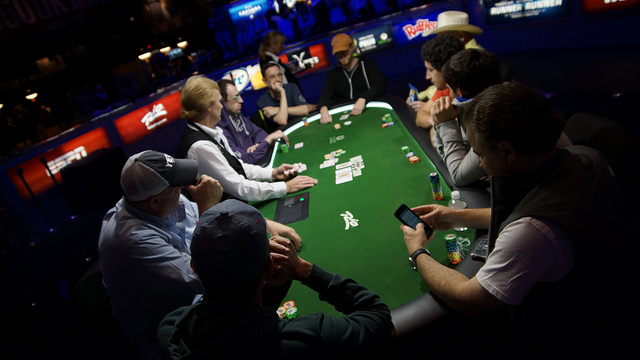 5 Heated WSOP Hands You Won’t Believe Could Have Happened!

With the WSOP Main Event Final Table just around the corner and with so much on the line it’s no wonder that tempers can flare at the WSOP, so grab the popcorn or even the (beef) jerky and relieve this five hands from past WSOP Main Events where the atmosphere got a little heated.

This entire article could’ve been about Phil Hellmuth, from ‘if it wasn’t for luck I’d win every one,’ to ‘he can’t even spell poker’ Hellmuth’s had a few hits. But this hand has got all the classic elements of a Hellmuth blow up: swearing, talking to his wife and berating of someone else’s play. But there’s a bonus extra or two, the ‘kid’ he calls an idiot was sponsored by the same site as him at the time and he tries to berate the dealer, with hilarious consequences.

It’s fair to say there was no love lost between these two before this confrontation and even less after it. What’s funny about this incident, which occurred deep in the 2005 WSOP Main Event, is that neither player comes out with any credit as both get a 10 minute penalty!

Whilst the 2006 WSOP might be remembered for Jamie Gold there was another trash talking poker player running roughshod over the event for multiple days. Step forward 21-year-old Eric Molina. He was brash, young, had terrible taste in sunglasses and called all-in bets blind. To paraphrase George Costanza, “the jerk store called, and they were out of this guy.” Thankfully for posterity the two of them clashed in a pot.(from 3:30 in)

It takes a lot to tilt George Danzer but Dmitry Nobles, a car salesman, who led the WSOP Main Event in 2006 before Jamie Gold took over, managed it. The two of them had been clashing all day with Danzer coming out on top finally he had his man all-in with pocket kings against A-8 on an eight high flop. You know the rest…

This makes the list not for expletives or confrontation but for the sickness of the hand and pure douchebaggery (yes that’s a word) of Corey Zeidman after he’d inflicted a sick beat on Jennifer Harman.

If it wasn’t enough that he one outs her, he then slowrolls her and asks the crowd for applause as he rakes in the pot. Pure class!

So there we have it 5 Heated WSOP Hands You Won’t Believe Could Have Happened! Which was your favourite? Let us know in the comments below as well as any other ones your might know about!

The all new partypoker has introduced a new Sunday tournament schedule. The key changes are the addition of an action-packed fun $10K Super Bounty and a wide range of new low buy-in tournaments featuring the best of the old but also new speed, rebuy, add-on and PLO tournaments – a great Sunday mix if you want to win top prizes and have fun playing tournament poker.

Keep up to date with the all new partypoker!